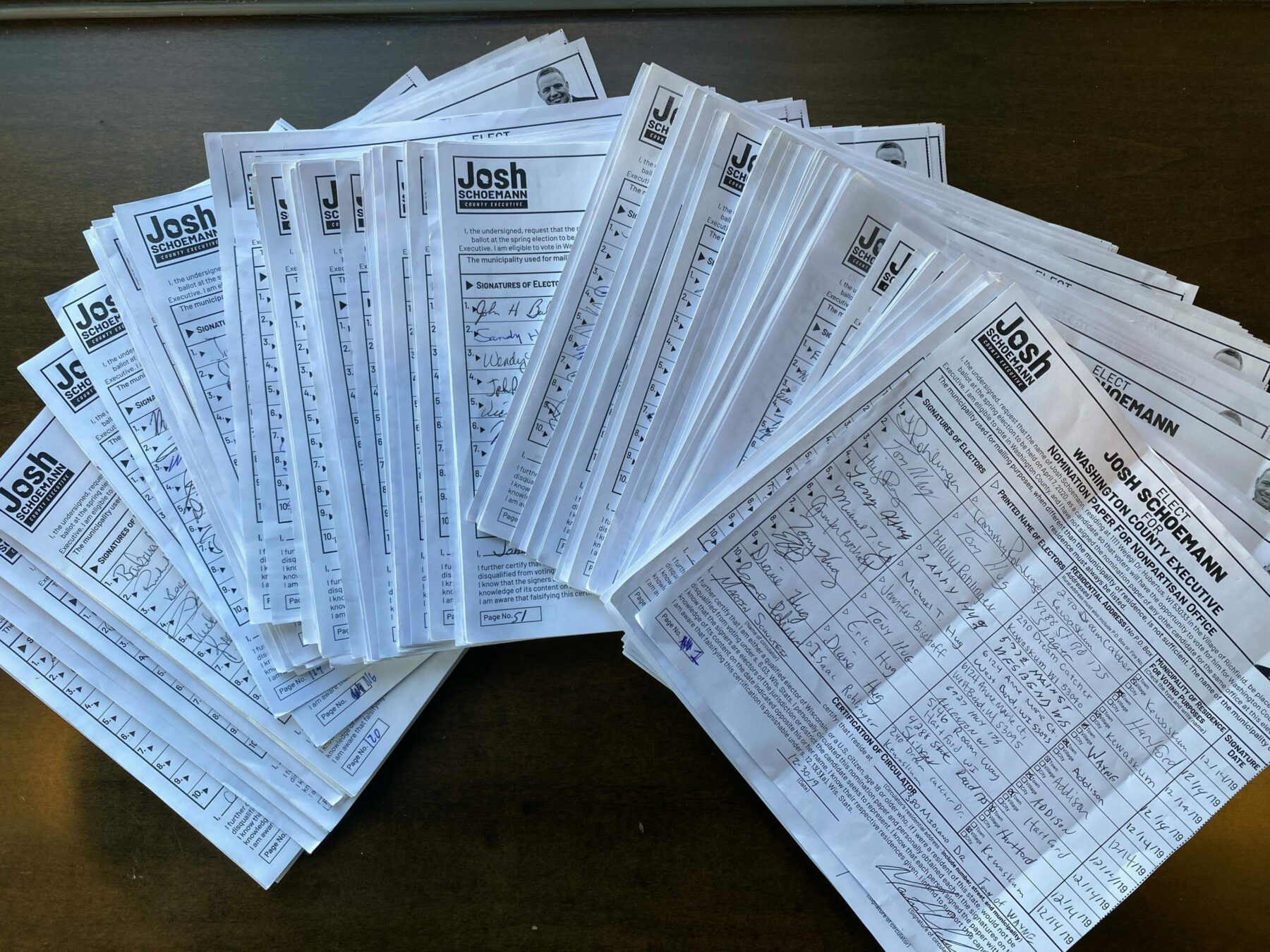 Schoemann’s Grassroots Campaign for County Executive Off to Fast Start

West Bend, WI — Easily qualifying for the April ballot, Josh Schoemann has turned in 1,340 nomination signatures, nearly three times the minimum, and has raised over $25,000 in his bid to be Washington County’s first County Executive. Showcasing the strength of Schoemann’s grassroots volunteer operations, the 156 pages of signatures were collected by 49 citizens.

“From day one, my campaign theme has been to focus on the people,” stated Schoemann. “I’ve been knocking doors for much of the past month. It is clear the voters have not been engaged through ballot box politics at the county level. The outpouring of support from our neighbors to keep our county on track has been overwhelming.”

In Schoemann’s six years as the appointed county administrator, county government is smaller and more effective in every measurable way, the county tax rate is down, debt has been paid off, and the county has the only fully funded roads plan in the state.

“I’m proud Wisconsin’s most conservative county is keeping up our reputation by living within the taxpayer’s means,” added Schoemann. “I am the candidate with the experience and fiscal conservative record. Local governments do not have a revenue problem; we have a too much duplicative government and too much spending problem. As county executive, I will continue to ensure we maintain the best quality of life in Wisconsin without needlessly taking more and more from the taxpayer’s wallets.” 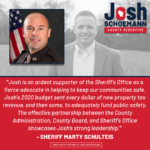