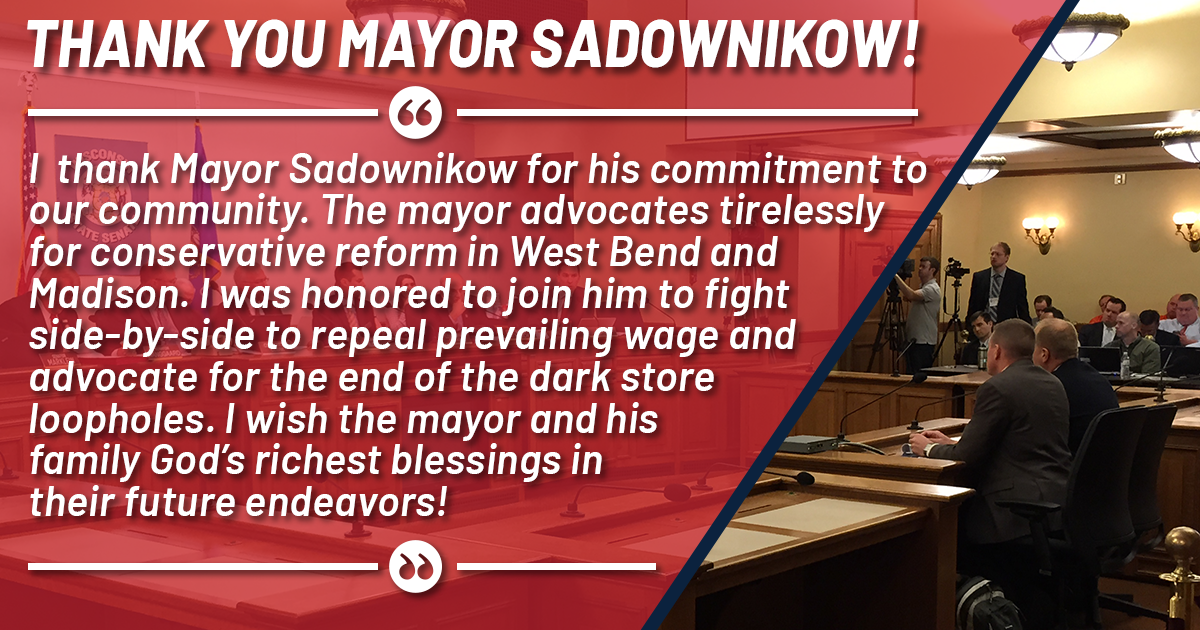 Schoemann thanks Mayor Kraig Sadownikow for his public service

Josh Schoemann released the following statement to congratulate and thank Mayor Sadownikow for his public service:

I thank Mayor Kraig Sadownikow for his commitment to our community. The mayor advocates tirelessly for conservative reform in West Bend and in Madison. I was honored to join him to fight side-by-side to repeal prevailing wage and advocate for the end of the dark store loopholes. I wish the mayor and his family God’s richest blessings in their future endeavors!

In a flashback, Sadownikow and Schoemann are shown in this Wisconsin Eye archive from May 5, 2015, testifying in support of the repeal of prevailing wage. The conservative public servants were invited to testify by State Senator Duey Stroebel. The duo were part of the very few local leaders willing to stand up to roadbuilders and unions. The repeal of prevailing wage for local governments was signed by Governor Walker as part of the 2015 state budget. 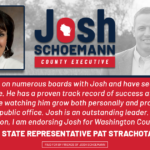 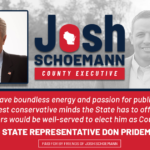